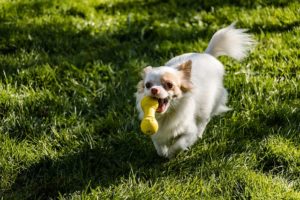 Did you know that cognitive dysfunction syndrome, also called dog dementia, affects a large percentage of our fur children? More than a quarter (28%) of all dogs between the ages of 11 and 12 show at least one symptom of cognitive impairment. By the time a dog reaches 15, more than two-thirds (68%) of all dogs show at least one symptom and more than a third (35%) display at least 2 symptoms of cognitive decline. Luckily, there are some things you … Read more

The post 3 Things That Can Help Your Senior Dog Avoid Dementia appeared first on iHeartDogs.com.