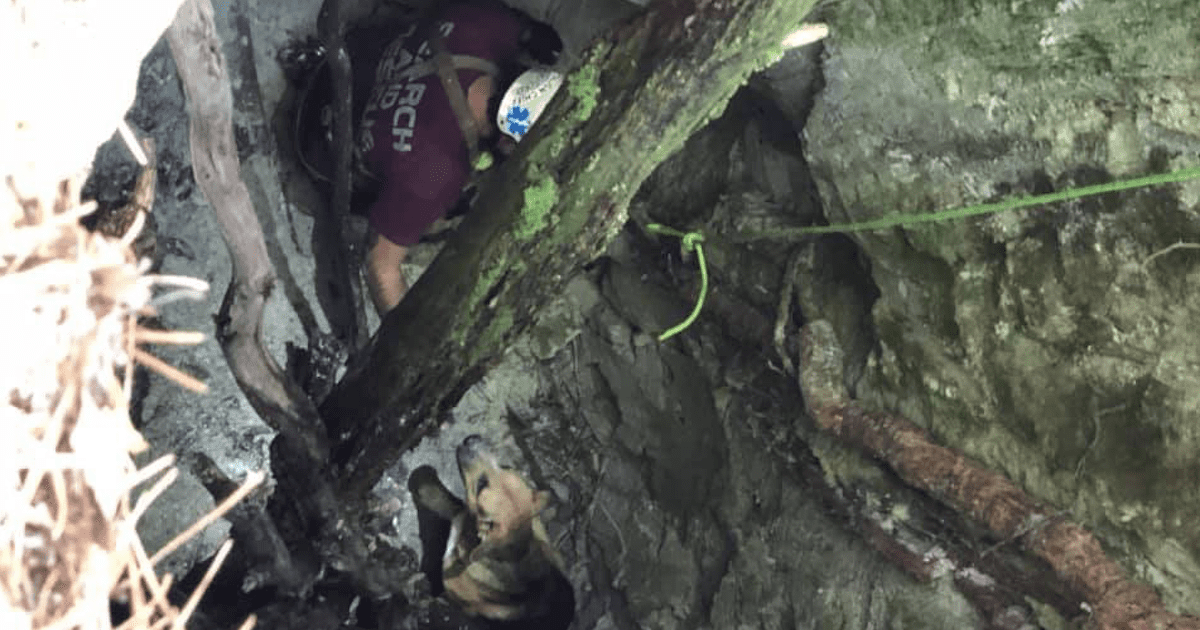 The Sinkhole Trail in North Carolina lives up to its bizarre name. Sure enough, there are random sinkholes along the trail. For regular visitors, it might not seem like a huge deal, but for a confused dog, it could seem like the end of the world. A dog who was later given the name “Sinker” fell into one of these sinkholes. It was 30 feet deep, so there was no way for him to escape. He was starving and scared, … Read more