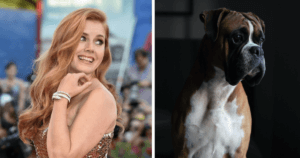 Our dogs have the best lives. They get to nap as much as they want and they get endless amounts of attention. But most people wouldn’t necessarily want to turn into a dog. Yet, in an upcoming movie starring Amy Adams, that’s exactly what happens to her. It was recently announced that Adams will play the lead role in the upcoming movie Nightbitch. It’s an adaptation of Rachel Yoder’s upcoming novel, which has a rather unusual plot. Yet, it’s intriguing to … Read more

The post Amy Adams Plays A Woman Turning Into A Dog In Upcoming Film appeared first on iHeartDogs.com.