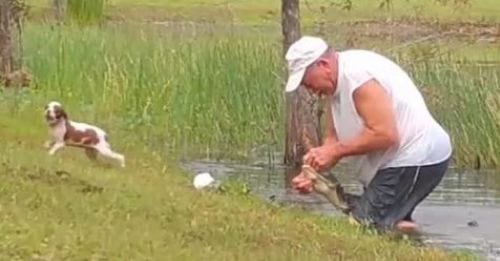 The bond between a Florida man and his beloved companion was put to the ultimate test during one of their morning walks. The Cavalier puppy was trapped within the jaws of an alligator in an instant, causing the dedicated dog dad to jump into action. Richard and Louise Wilbanks recently welcomed a tiny Cavalier King Charles Spaniel named Gunner into their home. The 3-month-old Cavalier and Richard were attached at the hip from the moment they met, resulting in a … Read more

The post Dedicated Dog Dad Rescues Cavalier Puppy From The Jaws Of An Alligator appeared first on iHeartDogs.com.