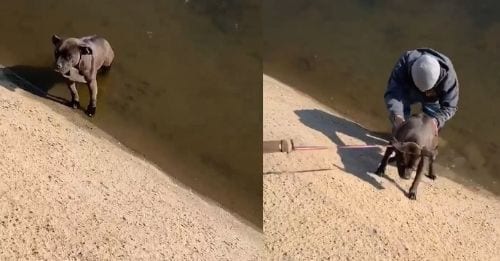 Two dog lovers were driving down a Californian highway when they noticed an unfamiliar sight in a nearby canal. After turning around to get a closer look, they discovered a helpless Pittie in a dire situation. Mindy and Danica had no idea that a typical drive around town would turn into an epic canine rescue. With both women being so dedicated to animal welfare, there was no way they could pass up a furry friend in danger. After realizing that … Read more

The post From Canal Rescue To Finding Her Forever Family – This Pittie Has An Incredible Story appeared first on iHeartDogs.com.