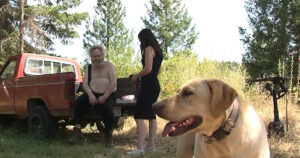 Ralph Roberts, Marine veteran, lives alone in Stevens County, Washington, with his yellow Labrador, Leia. In mid-July, he hired a neighbor’s 16-year-old son to help with some chores around his house, but things turned ugly when it came time to pay up. When the boy asked for his money, Roberts argued that he hadn’t done a good job washing the dishes and refused to pay the $10 an hour they had agreed to. The boy returned home, and when he … Read more

The post Man Left In Woods To Die Is Saved By His Loyal Dog appeared first on iHeartDogs.com.