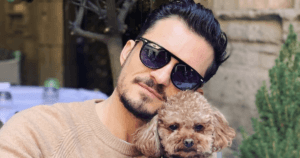 Orlando Bloom and his fiancée Katy Perry love small fluffy dogs. The Pirates of the Caribbean actor has a small Poodle named Mighty while the pop singer has a nearly identical pup named Nugget. Both of the dogs appear on the couple’s social media pages often. So, when Bloom revealed that Mighty was missing, fans were devastated. Of course, no one was more upset than Bloom himself though. After all, Mighty has always been such an important family member to the actor. … Read more