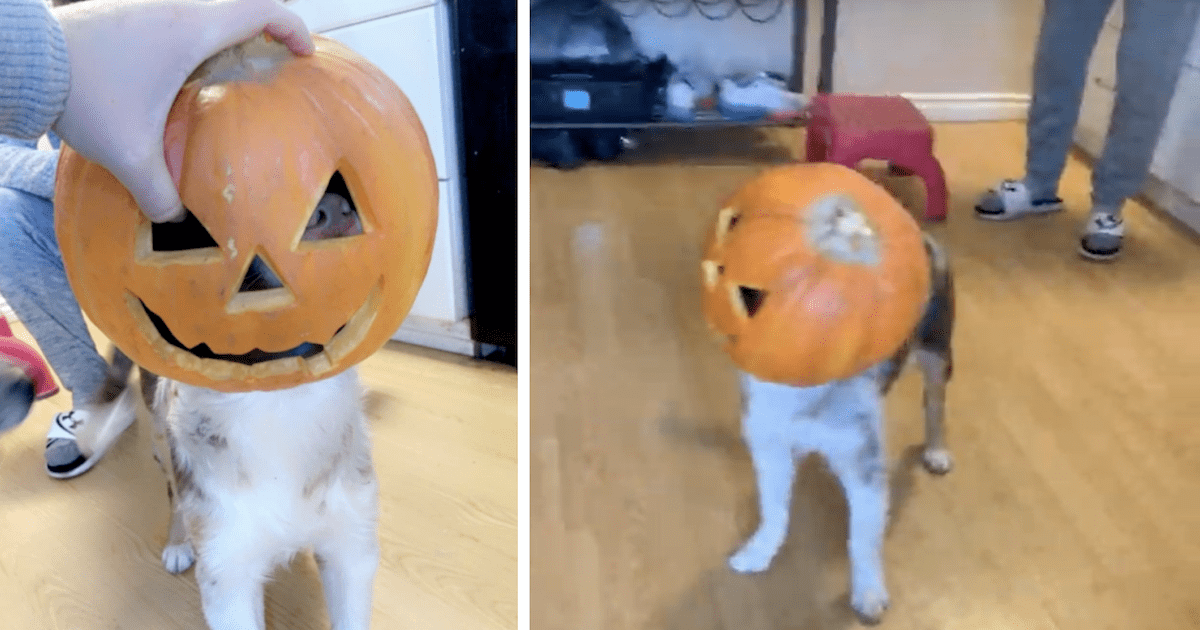 Luke the Australian Shepherd puppy has the same attitude as just about every human child: if he’s not allowed to do something, that makes it more fun! Ever since he came to his new home a few months ago, he has caused as much trouble as possible. He loves to chew on anything and everything, especially if he knows it’s not for him. Most of the time, Luke’s behavior is aggravating, but sometimes, it brings a good laugh to his … Read more

The post Puppy Decides To Be A Pumpkin For Halloween Without His Parent’s Permission appeared first on iHeartDogs.com.