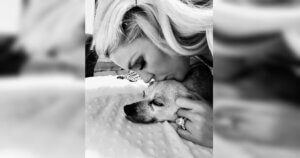 Losing a dog is one of the hardest things a human can endure. At any age, for any reason, the death of a companion is devastating. Real Housewives of Orange County alum, Gretchen Rossi, had to say goodbye to her best friend and companion of nearly 18 years this week. And she is heartbroken. Vito was with Her for Nearly Half Her Life Gretchen Rossi is 41 years old. Her beloved dog Vito was about to turn 18 years old … Read more