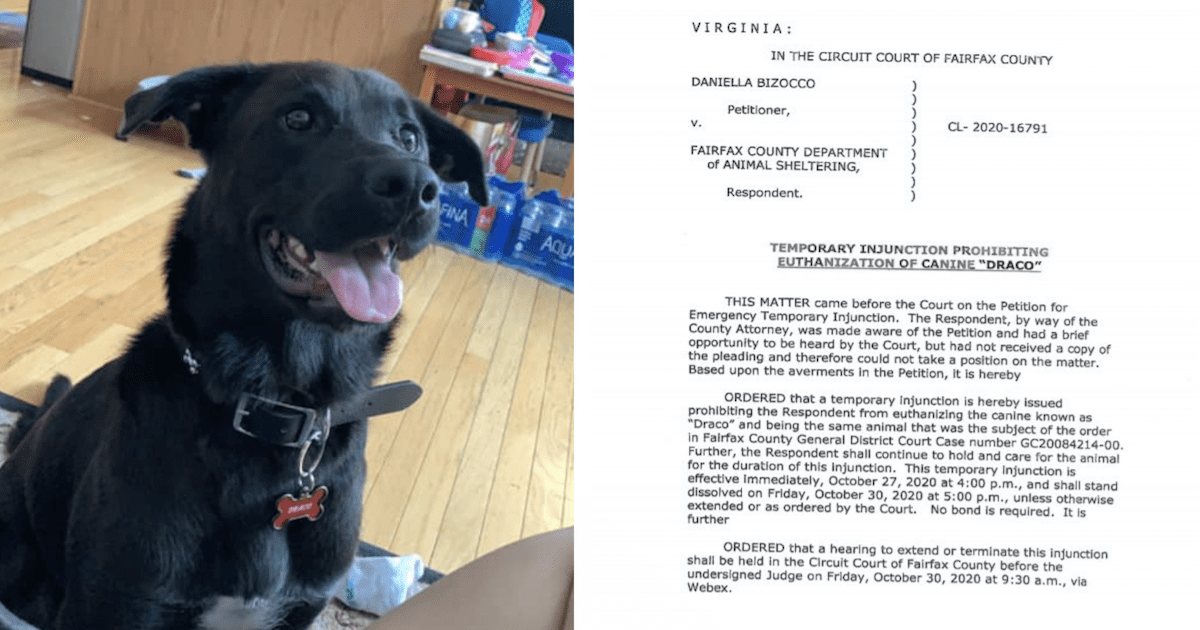 Earlier this week, concerned dog parents began fighting to save a rescue dog named Draco. After Daniella Bizzoco rehomed the sweet dog when moving to New York, things suddenly changed for the worse. Draco’s new human, an 18-year-old man, had complications with the dog, which lead to him surrendering Draco to the shelter. The man claimed that Draco was dangerous, which automatically lead to the pup getting set to be euthanized. However, none of Draco’s former families had ever seen … Read more

The post UPDATE: “Dangerous” Dog At Risk Of Euthanasia Sees A Glimmer Of Hope appeared first on iHeartDogs.com.