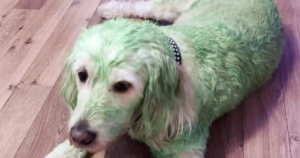 Though a relatively new one, the “Elf on a Shelf” tradition is part of many families’ holidays. The original story came from a 2005 children’s book, and it describes how Santa will dispatch “scout elves” to spy on children before Christmas. The elves supposedly report back to Santa all the naughty and nice things they saw. Apparently, they also do some silly pranks around the house, definitively proving they are real. In a recent controversy, one parent may have taken … Read more