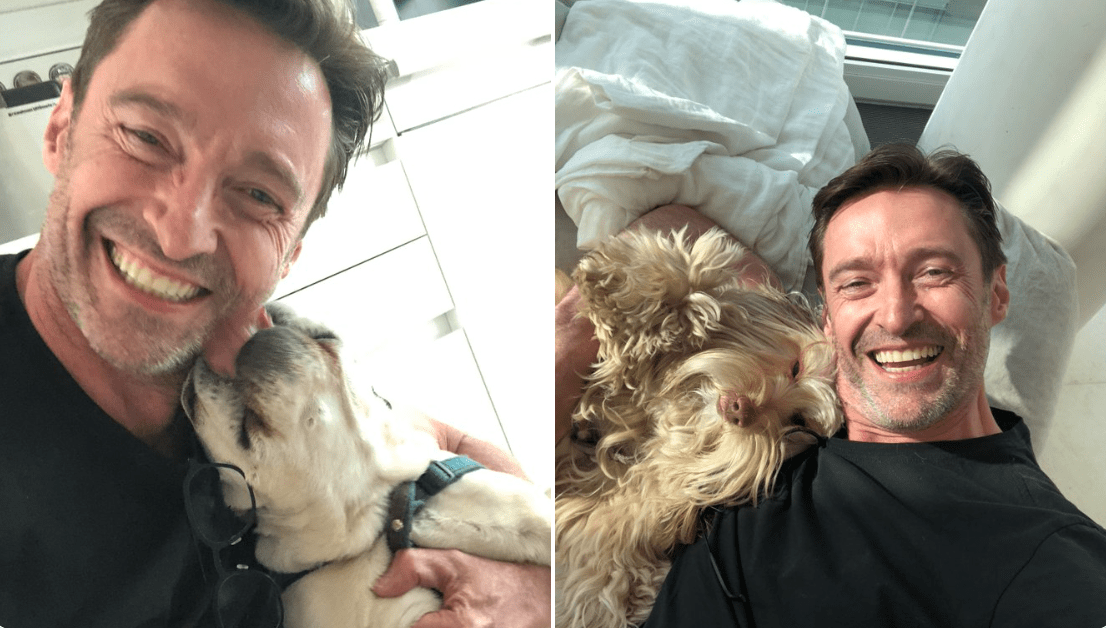 On the big screen, Hugh Jackman plays hard tough guys like X-Men’s Wolverine and Van Helsing. At home though, he turns into a big softie around his two dogs. The actor recently shared photos of himself cuddling with Dali the French Bulldog and Poodle/Terrier mix Allegra on Twitter and Instagram. The caption reads: “And now back to our regularly scheduled program.” But of course a picture is worth a thousand words, and these joyous smiles speak volumes. Jackman notoriously loves … Read more

The post Hugh Jackman And His Dogs Grace The Internet appeared first on iHeartDogs.com.